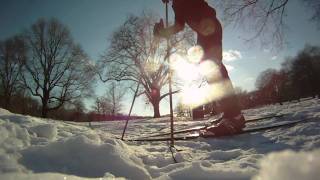 These two videos are wonderfully charming and heart-warming. Somebody lost a roll of film in New York. Someone else found the roll and developed it, then went online to try and track the people down. This is the video he made: Two weeks later, the owner of the lost film roll contacted him, and he and his girlfriend went on a road trip through Europe to return the photos. He made another video which is just as sweet and touching, and makes me want to take a European road trip

Okay… Not This… But…

No tags yet.
bottom of page